Under a Tenner! 2nd chance to catch Frankie Boyle in London for just Â£7, September 2009 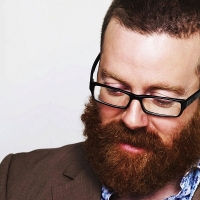 At the beginning of the month, Frankie Boyle headed to that hot-bed of comedy and comedy previews: the Hen and Chickens, previewing his forthcoming, amusing, if aggressively-titled "I Would Quite Happily Punch Every One Of You In The Face" tour for 2010.

Well, tickets for that date were snapped up in a matter of minutes, but fear not! You now have a second chance of catching the Scottish funny man, when he plays another "Work in Progress" show, again at the Hen and Chickens, this time on Monday 14th September.

Tickets cost just Â£7 and go on sale the day before on Sunday 13th September at 3PM. Be here sharp-ish!