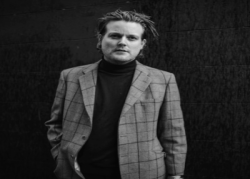 It's been a busy gigging year for Alberta Cross: Coachella, Bonnaroo, SXSW, Glastonbury and Lollapalooza, plus support slots with Oasis, Neil Young and Dave Matthews Band to name but a few. Now Alberta Cross have confirmed details for their own headline UK tour in November.

The tour will follow the release of Alberta Cross' long awaited debut album, 'Broken Side of Time', which will be released through Ark Recordings on September 21st. Single 'ATX' is released one week before on September 14th. Both single and album have already caught the attention of the press nationwide and their live show promises to continue that motion.

On touring guitarist/vocalist Petter Ericson Stakee says; "If we weren't playing for people every night, we would be going mad"

"We do it, because we need to," bassist Terry Wolfers adds. "I remember going to see The Verve on the Storm in Heaven tour, and I stood right in front of [guitarist] Nick McCabe the whole night. I remember walking out of that show feeling like I had just seen a group of people pour their heart and soul out, and I felt it. It changed my life. And that's what we want to do: We want to give people something honest, and move them, make them feel."

Tickets for the November tour are on sale now, starting at a paltry Â£6 for the Glasgow date, rising to a modest Â£8.50 for the London date.