Vinopolis with Loads of Gags to Swallow in September 2009 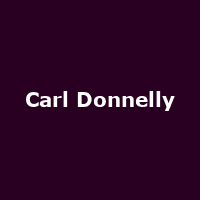 You may be familiar with Vinopolis as the wine-tasting capital of the capital, situated under a viaduct on the South Bank and now a major tourist attraction. But it has a funny side to it as well - The Laughter Lounge.

Basically it is a comedy night of a highly civilised and hilarious nature. The regular event returns on Friday 25th September with a performance by award-winning stand-up from Carl Donnelly as well as a supporting trio in the shape of MC Yianni, Isy Suttie and Lee Nelson. Tickets cost £12.

Donnelly has just returned from Edinburgh after being nominated for "Best Newcomer" at this year's Fringe. He has also picked up awards at the Chortle and Reading Comedy Festivals - one to watch methinks. MC Yianni is an Australian with several gigs at Jongleurs and Up The Creek as well as a show on the Paramount channel back in 2005. Isy Suttie presents the "Suttie Show", a show that reminds you of childhood and features some spot-on parodies of Amy Winehouse and the like - oh and she played 'Dobbie' in Peep Show as well. Funny lady. Finally Lee Nelson's brand of humour is well buff innit? Taking his influence from chavs and 'The Bermondsey Wallet Inspectors', he tells it like it is and has Danielle Lloyd as his 1st friend on his My Space page. Qwality!

Other Vinopolis gigs to be announced soon.....