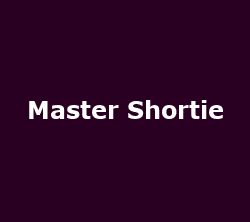 Master Shortie's forthcoming October headline tour has been cancelled due to him being added to the October Brrrap Pack tour.

The rapper from South London was due to kick-off a fifteen date UK tour starting at the Cockpit in Leeds on 4th October, running until 24th at the Manchester Academy, but will now play seven Brrrap Pack dates from 17th to 26th October. The tour features Chipmunk, Ironik, Kid British, MPHO and other bright stars from the UK urban scene.

Tickets for the Brrrap Pack tour are available now, costing Â£11 for all but the London show at Koko, which costs Â£12.50.

The headline tour is now due to take place next year - watch this space for announcements!