Chilled-Out RÃ¶yksopp Set for Fireworks in Leeds and London, November 2009 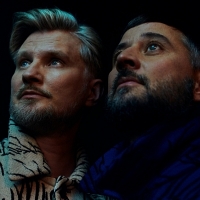 Norwegian blessed-out duo, Royksopp, have announced a nice little pair of dates in the North and South for November. Leeds University will be the first to chill-out to the Eple-songwriters on the 4th - tickets cost Â£16.50. On the following night, Guy Fawkes (5th), the lads head to London's Shepherd's Bush Empire for a rendition of their party bangers, as well as the classic mellowness they are associated with. Tickets are Â£21.50 and on sale now.

They performed at the Clapham Get Loaded festival during the Bank Holiday Weekend and wowed the crowds before Orbital ramped things up afterwards. The TromsÃ¸ talents have been charming UK audiences for several years since their landmark debut album, "Melody AM", turned from a 'sleeper' to a 'keeper', partly due to their massive clubber's come-down anthem, "Eple", being stalked by every TV ident-producer in the land. The follow-up album, "The Understanding" didn't quite emulate the creative heights but their most recent set, "Junior", has proved to be a varied and tasty bunch of cuts - expect "Happy Up Here", "Girl & The Robot" and the excellent "This Must Be It" to jump from the set-list.