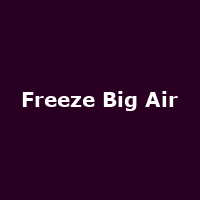 For the second year running, London is hosting the Freeze Festival, an event combining spectacular winter sports and live music. Between the 30th October and 1st November, Battersea power station will hold a ramp 25 meters high and 100 meters long, with 600 tonnes of real snow set to cover the area. Over 130 world class skiers and snowboarders will be performing, some of whom are X-Games medal holders, so they are set to impress! Amongst the themed ski village, there will be a number of bars serving food and drink (cold beer included), along with a funfair suitable for all ages.

The venue will hold two live music stages with a capacity for thousands. Last year the festival saw some big names, Cypress Hill returned to the UK for the first time in four years with others musicians including The Enemy, The Automatic, Cypress Hill, The Holloways and Annie Mac, and the line-up for the 2009 event doesn't disappoint!

Confirmed so far are Orbital and Pendulum (DJ Set) for the Friday (30th October) and Friendly Fires and Chase & Status for the Sunday (1st November). The Saturday line-up will be announced next Saturday.