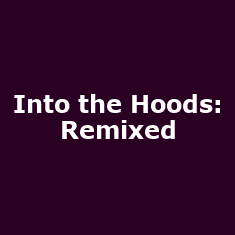 The award-winning show, 'Into the Hoods' is a modern adaptation of Stephen Sondheim's fairytale musical 'Into the Woods'. The show is a blend of trendy urban beats and a spectacular variety of street choreography. The show is packed full of youthful talent, with the critically acclaimed 'ZooNation' performing alongside big names - the 2008 show featured winner of Britain's got talent 2008, George Sampson as well as Teneisha Bonner and Christian 'Bounce' Alozie. The cast for the 2009 shows has yet to be confirmed.

The performances run from the 16th of December, through to the 10th of January at the Novello Theatre in Aldwych, London (near Covent Garden market). The ticket prices range from Â£15 to Â£27.50, a small price to pay for one of the most exciting additions to the West End.