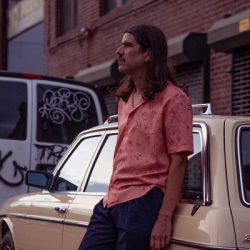 This West Country city knows how to rock but does it know how to party? After its links with the so-called 'trip-hop' scene some 15 years ago and the early incarnation of drum n bass music, Bristol has slipped out of view somewhat as fads and fashions supported by the media move on to the next city. However, the dance, dubstep, drum and bass, world-beat, hip-hop and club scene in this vibrant populous is very much alive. Check out the guide to what's coming up in "Brizzle" during the Autumn - it's not just there for the rainy days in life.... (all prices subject to booking fee)....

The O2 Academy in Frogmore Street is one of Bristol's premier venues for big-name rock and indie gigs, but it also champions world & dance music with its latest line up. Quantic & The Combo Barbaro return from a headlining performance at The Big Chill with a flavour of the Columbian on September 5th (£12.50). Bonobo provides a DJ set afterwards and the whole party starts at 10pm. If throwing your hands in the air and glow-sticks are more your thing then you should check out the line-up for Hardcore Heaven on Sep 12th (£16 - early bird offer). Heroes of the hard-beat such as Hixxy, Sy and Joey Riot will be pumping out all the anthems you would expect and the whole thing starts at 9pm until 5 in the morning.

A trio of grime and rap stars make their presence felt at the Academy in October - 'Number 1' heavyweight, Tinchy Stryder appears on the 5th (£11) fresh from releasing his hugely-anticipated 'Catch 22' album, Lethal Bizzle from the UK underground gets fists pumping on the 10th (£8) and finally the cheeky dazzler, Dizzee Rascal, will look his usual sharp self when he appears on the 11th (tickets to be announced - check with venue).

Bristol's infamous Colston Hall has been at the forefront of the more eclectic end of live music as well as hosting the occasional club-night. The venue is due for an entire make-over during September and will host a few performances by artists more associated with full-on sessions or sound-systems. Bristol's drum and bass junglist lord of the manor, Roni Size & Reprazent, brings a specially commissioned performance complete with a choir and orchestra to the main auditorium on the 25th (£18). The work has been composed with William Goodchild and marks another landmark in the history of d n b merging with other musics (Goldie has recently composed with a full orchestra on TV's maestro and performed at the Royal Alert Hall). This may not be a club-night as such, but the man making it deserves to be heard in new environments. The 22nd welcomes another drum n bass legend, Talvin Singh, armed with tablas and a sitar impresario, Niladri Kumar, for a night of Indian classical music. Again, it is not a dance night but it is a rare chance to see a man who brought the Asian vibe to jungle in the mid 90's with his self-styled 'Anokha' beats. Smooth chill-out vibes by Zero 7 complete the Colston's trio of related gigs on the 28th. Expect excerpts from their upcoming album 'Yeah Ghost' and the occasional excuse to wiggle your feet as well as nod your head.

Bristol's largest superclub, Syndicate, hosts 2 large party nights over the coming weeks. The first is on Sep 4th - Critical Mass return with their 2nd massive night featuring the best in rolling jungle, drum n bass and break-beats in the form of Skibadee, Mickey Finn and Bassline Smith plus around a dozen others until 4am. The second major night comes courtesy of the subtly named 'Sex On The Beach UK Allstars' on the 18th and features the delights of Gracious K, Funky Dee and Cameo (1xtra) - tickets cost £10. Of course, the club features regulars during the week including Ian Davis and Gavin Pearce spinning current and past house and party classics.

How about a club on the river? Thekla has been providing various nights of debauchery over the years and frequently plays host to drum and bass nights from Hospital Records (check myspace.com/theklabristol for dates) and Shoestring, a frequent hip-hop night that presents Toddla T and Million Dan on Sep 11th (£9). Other star-studded club-linked gigs include the Easy Star All Stars (the act that blends reggae with Pink Floyd, Radiohead and Beatles) on the 6th October (£15), nu-rap star Master Shortie on the 21st (£10) and the stalwarts of festivals around the world, Dreadzone on November 18th (£14). Other regular club-nights take place here - you can find this interesting venue in Bristol's Mud Docks.

Metropolis is based on Cheltenham Road near Montpelier rail station some 2 km from Bristol's centre but it's worth the trek. It is home to Jesters comedy club as well as hosting various eclectic gigs of a legendary persuasion. As part of the Legend To Legend tour, Grandmaster Melle Mel and Kurtis Blow go head-to-head on September 24th and tickets cost (£16). These are 2 huge names from the original US hip-hop scene which will no doubt prompt spontaneous word-wizardry from their ground-breaking back-catalogue. Talking of ground-breaking legends, Kraftwerk's Wolfgang Flur plays his recent Yamomusic concoctions as well as older material in this rare UK date. Without Kraftwerk, club music would probably not be as innovative as it is and although this is not exactly as grandiose as the remaining Kraftwerk member's Manchester Velodrome gig, Flur still cuts a charming and pop-style electronic lawn to sunbathe on.

Finally, you might like to check out other clubs for big nights out: Timbuk2 play host to a night of drum n bass plus big breaks on Sep 25th, featuring A-Skillz, Soulboy and Ewan Hoozami - £5 on the door. Dojo Lounge is the place to be for the institutional Groove On nights and Wed Sep 23rd sees Eiffel Power and Plimsouls playing a night of house, electro and breaks for £5. A special mention goes out to Motion Ramp Park in Avon Street - this has to be the coolest club in the West, let alone Bristol. Skateboard ramps and park by day, beer heaven and easy-going club and bar by night, featuring some of the hottest beats and breaks around in the underground. Psyanide are due to play a night of hard, tough Psy-trance on Sep 19th (tickets TBC).

Check out the listings below, or click the "Bristol: Clubbing" button, below for more club events in Bristol. And for the Drum 'n Bass heads amongst you, check the "Drum n Bass" button for regional dates and don't forget to 'large' it responsibly!