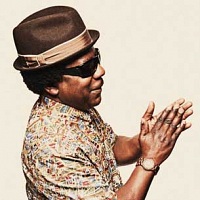 Traditionally, Bank Holidays are a wash-out and a waste of time...right? Wrong!!! There is a whole bunch of things going on this year that you'd be a fool to mope about at home in your slippers, smoking your pipe and complaining about rowdy teenagers, especially if it's raining, which it probably will.

But the weather needn't spoil your urge to party like the world is going to end - check out the best in entertainment around the Capital (and beyond) this coming weekend:

Unless you have been living in Finland all your life, you will be aware that several square miles becomes a no-no for cars for a few days and instead throws its collective doors and alleyways open to all and sundry armed with hopefully no more than a box of records, a soundsystem and a bucket of ice-cold refreshment. This year, crowds will once again exceed 800,000 all enjoying the atmosphere and spectacle of a street party, not unlike Rio. There are too many events to list here but the Main procession takes place on Monday 31st August and has to be seen to be believed. But if you don't want to face another million or so other sweaty bods then how about an 'after-party'?...

Norman Jay is to Notting Hill what cream is to strawberries and rice is to chicken and peas and this year, a new secret location will be announced for his infamous early-morning sound-system mash-ups featuring the very best in soul, disco and of course reggae and dub. As soon as we know where it is we will tell you - one thing is for sure, Jay will be spinning the platters near to West and Southern Row again this year, on both the Sunday and the Monday. Oh, did we tell you the secret location for that after-party? It's (whisper) Ivan's Retreat in Brixton Road.....tickets are £8......quickly now...

Beats n breaks aplenty from the original crew, Sancho Panza. This year's party has been confirmed to start straight after the Sunday processions and celebrations at The Mitre pub in Holland Park Avenue from 7pm. Tickets are £7 and will be pretty limited so hurry! It is rumoured that Greg Wilson, legendary electro-house mixer and DJ will turn up as well as the usual SP boys and Rub & Tug DJs.

If rolling drum n bass and full on messy sick beats is more your thing to carry you through the night then check out this line-up: Goldie vs Doc Scott, Ink vs Loxy, Ed Rush vs Fierce and Friction vs Alix Perez are just some of the match-ups (B2Bs) guaranteed to keep South London's foundations trembling all night long. £15 per ticket.

Area has a 24hr clubbing license - need I say more? So if you fancy more music on the Monday, but prefer to slow down just a little and can't be arsed to move, then the killer Dub4Life party is right up your street. 3 arenas of Dubstep, Dub, Reggae and Carnival colossus will make your waist wobble and your rib-cage to rumble, not least due to Rodigan appearing on the bill (along with another 25 players). You can also get a Brazilian (dance not strip-wax) in room 3. £13.50 per ticket.

Eric Prydz hosts a rather more mainstream club-night in The Coronet SE1 straight after the main SW4 event on Clapham Common. Although not strictly a Notting Hill Carnival event, SW4 is one of the leading dance festivals in the UK and has sold-out already - I imagine Dubfire (Deep Dish), David Guetta and progressive warlords, Sasha & Digweed helped to shift a few tickets there. But there are some tickets available for the after-party featuring Prydz, Sebastein Leder and Skeptre live. Tickets start at £20.

This claims to have been the 'biggest and best' after-party for the last 5 years.......fair enough.....if MOS are involved then I would be surprised if it's going to be anything but bloody excellent. Trevor Nelson, Heartless Crew and Cameo all head up an explosive night. Ryan Leslie will also be performing some of his RnB smashes from the US. Tickets start at £15.

Choice will unleash their RnB / Hip Hop beast on the closing night of the carnival with an all-star line-up at Matter@O2. Richard Blackwood, Masterstepz and Woody will provide the vibe that starts at 11.30pm up until the dawn chorus starts to chirrup and you can no longer stand up anymore.

But why should London have all the fun? There are plenty of other parties taking place around the country this Bank Hol Weekend. Here are a few suggestions.....

Armin Van Buuren heads up a very special Special at the Ancoats venue. This will be a very social night at the Social that will feature plenty of trance and progressive trance in the form of MORPH and Glenn Morrison. £18 to join the Sankeys Social networking site!!

Several experienced clubbing promoters, including Federation, Filth and Habit will take over the Victoria Warehouses for one night only to provide Yorkshire clubbers with an unforgettable holiday bash. Tickets cost £12 for early-bird tickets, £15 for late-risers.

Nic Fanicuilli represents his Global Underground CD release of recent months with an appearance at this classic boat party organised by High Tide as part of the Orange Tree club nights. Tickets are £17 for the party on the boat. The After Party is FREE to all boat-party ticket holders or a fiver if you didn't take your sea-legs along on the day. This is the last such party for the summer at The Orange so see the best season out in style with soulful house and a bit of good old hands to the lasers.

Whatever you do this Bank Holiday - have a smile with it! After all, there is only one August Bank Holiday weekend a year......and it will be good weather (possibly) - unless it rains.