Fancy 'An Evening with Snow Patrol' in November 2009? 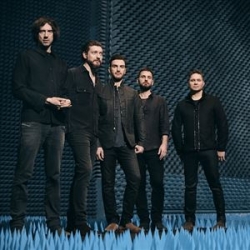 Snow Patrol have just added extra dates for their "An Evening with Snow Patrol" shindigs this November.

The guys have doubled-up the Manchester and London dates, making it back-to-back Royal Albert Hall dates for 23rd and 24th November, visiting Manchester's Palace Theatre on 27th and 29th November. The boys kick-off the tour in Brighton at the Brighton Centre on 18th November, then head west to Bristol for Colston Hall on 20th, before heading north-east to Newcastle City Hall on 21st.

Tickets are on sale now and are not cheap, costing £35 for all shows but London, where (interestingly) they start cheaper - at just £25, but that is for rear-view seats, so if you've never seen the backs of Gary, Paul, Jonny, Nathan or Tom's heads, then rear-view is the way to go... For those freaks that actually want to see the faces of the band, then you'll have to stump-up at least £35 - or even £75 for the well-heeled amongst you!