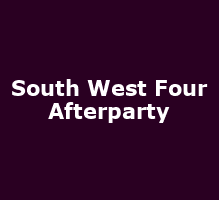 This August bank holiday weekend (otherwise known as "the last bank holiday of the year" :-<), those of you who are not going to carnival, but instead are up for clubbing post- South West Four can fill your boots at the Coronet on the Old Kent Road for some pretty cool post-festival vibes!

Dubbed "PRYDA", the official South West Four after party, kicks off at 10PM on Saturday 29th August, featuring new-school DJ royalty Eric Prydz and SÃ©bastien LÃ©ger as well as Spektre and many more, it promises to be a great night/ morning!