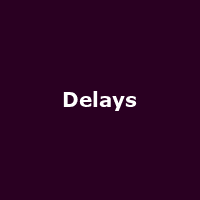 Just because you've not yet decided on a title for your newly-recorded album, it doesn't mean you can't play the songs out live. That's exactly what Delays plan on doing, having announced details of a UK tour, which will be followed with the album's release in early 2010 (sounds so space-age, doesn't it!)

Delays are intensely proud of their recently-produced material, claiming it is the best music that they have ever made and has much more depth than previous work - the band are very excited to get on the road and get a reaction from fans. The untitled record will be Delays' fourth album - the band have enjoyed moderate chart success since their first single 'Nearer Than Heaven' way back in 2003.

Tickets are on sale now, and are priced at Â£12 each + booking fee.