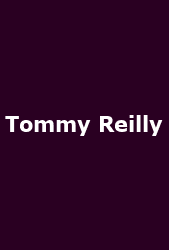 Busy year that is for Scottish singer-songwriter, Tommy Reilly, as after winning the 2009 Orange Unsigned Acts, releasing two compelling singles, 'Gimme A Call' and 'Jackets', and making a few festival appearances (including the GRV, SOS Festival in Edinburgh on August 21st, and the Headliners Fest in London on Sept. 17th), he will embark on a full-on five-week tour of the UK and Eire from the end of September.

Tickets are on sale now, most of which for under a tenner.