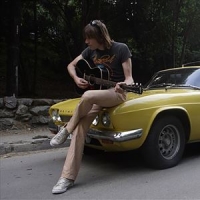 Evan Dando and his ever-morphing outfit The Lemonheads, have just announced a series of gigs for next month.

The Lemonheads, who released their ninth album in 22 years (and their second since their 2006 reunion, following a 10-year hiatus), 'Varshons', will embark on a UK tour as of September 10th at Glasgow ABC, via the cities of Dublin (September 11th), Belfast (September 12th), Manchester (September 13th), Birmingham (September 15th), Brighton (September 18th) and London with two shows on September 16th at Leicester Square Theatre and Forum on September 19th.

'Varshons' is an album of cover songs, originally by the likes of G.G Allin, Leonard Cohen, Wire, Graham Parsons and Christiana Aguilera, among others, produced by Butthole Surfers frontman Gibby Haynes, and featuring 'Stealing Beauty' Liv Tyler and Kate Moss.