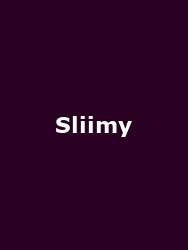 Sliimy, the new pop sensation hailing from St Etienne, France, has been announced to play a couple of shows in the UK this month.

Discovered online by celebrity blogwhore, Perez Hilton, through his appealing acoustic rendition of Britney Spears's 'Womanizer' last December, Sliimy has also covered the likes of Culture Club's 'Do You Really Want to Hurt Me' and Musical Youth's 'Pass The Dutchy', audible on his Myspace. Since then, Sliimy, who is best described as a cross between Mika and Josh Weller, has been working on original material for his debut album, 'Paint Your Face', due out for UK release later in the year.

Tickets for his London show are on sale now at the bargain price of Â£8.50.