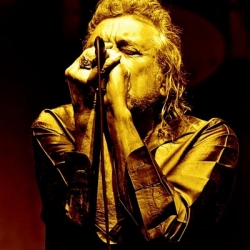 On September 11th, the O2 will play host to the 'Rockwell' charity concert. This one-off extravaganza will unite an eclectic but starry line-up, in in aid of Nordoff-Robbins Music Therapy, and will gather the likes of Robert Plant, Boyzone mainman Ronan keating, Joss Stone, Razorlight, Gaz Coombs & Dan Goffey of Supergrass, Sir Tom Jones, David Gray, Beverley Night, Lulu and Dan Gillespie Sells of The Felling, and many more to be announced, for a night of unlikely collaborations.

All proceeds will go Nordoff-Robbins, the charity that has, for the past 50 yearsstrived to promote the development and enlightenment of children and young people through music, and which for the matter counts among its patrons musical lords such as David Bowie, Mick Jagger, Elvis Costello, Sting and Paul Weller, to name a few. For more information on Nordoff-Robbins, simply browse through www.nordoff-robbins.org.uk.