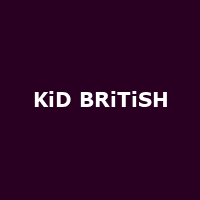 The Manchester ska-faces will be supporting their debut album with a brace of budget-priced dates in October starting in Liverpool on Friday 9th October and taking in several key cities and towns over the course of 3 weeks, before ending up in the cathedral town of Guildford.

Their album is entitled "It Was This or Football" and has been ingeniously released in two parts (or halves). The 'First Half' appeared on July 20th and features soon-to-be-anthems such as "Cosmopolitan" and "Our House Is Dadless", while the 'Second Half' will be paraded along the touchlines during early September. Both should be available at around a fiver each.

The lads have had a warm reception from the press with their blend of cocky ska and skank-rock and their heart is in the right place for ensuring that tickets for the approaching October gigs are priced keenly at under a tenner - and that includes the booking fee (on most sites you will be charged a transaction fee though).

If you fancy catching them in their home city of Manchester then travel to Tib Street near Piccadilly Gardens as part of the Manchester Moho Live event on September 16th - this is an Â£8 ticketed night! Bargain....