Chun Yi the Legend of Kung Fu debuts on the London stage, July 2009 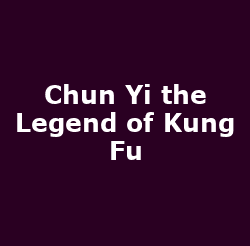 Chun Yi is a breath taking spectacle, featuring an ensemble of over 50 cast members, who perform a unique and exhilarating articulation of Kung Fu artistry, acrobatics and dance. They bring to life the tale of a fearful young apprentice on his life long spiritual journey to enlightenment.

The longest running production in China, Chun Yi, has been seen by over 2 million people at the Red Theatre in Beijing. After touring North America, Russia and Japan, transcending the barriers between Eastern and Western cultures, the production is finally coming to the UK. It started its London debut yesterday on the 29th of July. You may already be familiar with the show as it was part of the opening ceremony at the 2008 Beijing Olympic Games.