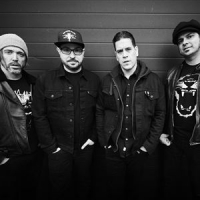 Billy Talent, formerly Pezz, are a multiple award-winning band formed in Ontario, Canada. The band is renowned for mixing multiple genres to create diverse and innovative arrays of sound, something that they have evolved through the progression of their career. The members have been influenced by bands such as The Clash, The Sex Pistols and Fugazi. As well as having a strong Punk influence, Billy Talent have a Hard-Rock element, having sounds similar to that of Rage Against the Machine and Pearl Jam.

On the tour, the band will be performing hits from their previous work and new material from their fourth album, Billy Talent III. Some tracks featured are 'Devil On My Shoulder', 'Rusted from the rain' and 'Turn your back', a song about being accountable for your actions socially, politically and environmentally, as described by Ben Kowalewicz, the lead singer of the band.

This is a chance for you to grab a ticket if you weren't fortunate enough to see them in their first leg this year in June.