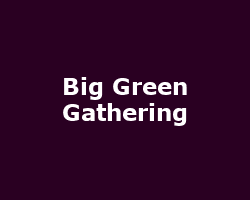 During a meeting today between the police and directors of the Big Green Gathering, the superintendent said the decision to shut down the BGG was taken over a week ago, confirming the statement from the BGG lawyer that the 'injunction was a red herring.'

Directors from the BGG are horrified at this partisan interpretation of licencing law. Big Green Gathering Chair Brig Oubridge said, "At the multi-agency meeting on Thursday 23rd July, we were still negotiating with the police and the council under the genuine belief that things were progressing and we were continuing to spend money on infrastructure, wages and security. If they knew they were going to cancel the event, we can only conclude that this drive to increase expenditure appears to be a deliberate attempt to bankrupt the Big Green Gathering.

The Big Green Gathering has been running an event since 1994 and never before has public safety been an issue. The BGG has an exemplary record on health and safety and crime levels have always been low for the number of people on site.

Despite the concerns over the behaviour of the Council and the Police, event organisers will work with them to ensure the safety of those at the premises and ensure that they leave the land in an orderly fashion. Brig concluded, "We are very aware of our responsibilities to those already on the site and very sad for all those who were coming to enjoy one of the most peaceful festivals in the UK."