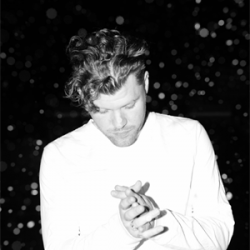 Soulful croonster Daniel Merriweather has announced that he is to play a series of UK dates following a recent sold-out gig at London's Bloomsbury Ballroom in June and recent album success.

The 6-show tour will be Daniel's first ever headline tour of the UK and will commence on October 2nd at Bristol's O2 Academy. Merriweather will then continue to Oxford, Birmingham, Glasgow, and Manchester before finishing up at the O2 Shepherds Bush Empire in London on 10th October 2009.

His recently-launched album 'Love & War' debuted at a successful No.2 in the Official UK album chart. His recent singles 'Red' and 'Change' also saw great chart success. His next single, 'Impossible', is set for release on 16th August but has already been penned as Record of the Week on Radio 2.