Family Days Out for Summer 2009 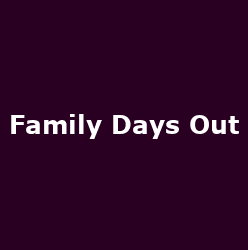 With so many things to do for all the family this summer, there's absolutely no reason to be stuck inside pretending to enjoy Homes Under the Hammer.

The magnificent Oliver production continues at the Theatre Royal, Drury Lane, London and will run right through until 1st October of this year. Charles Dickens' tale of an orphaned boy in London is considered one of the best-loved British musicals. The cast includes comedian Omid Djalili as Fagin and Jodie Prenger as Nancy.

A musical stage adaption of the hit movie High School Musical is currently scouting around the UK on its first national tour. With three venues left in Newcastle-upon-Tyne, Eastbourne and Bournemouth, the show will run until 15th August, featuring Ashley Day and Claire-Marie Hall in the cast.

Little ones can enjoy a magical Day Out With Thomas as blue engine Thomas the Tank Engine embarks on a family day out across the UK. Appearing at many heritage railway stations up and down the country from Friday 24th July starting on the Isle of Wight, Thomas and The Fat Controller will be in attendance to meet, touch and ride.

Madame Tussauds in London will be open late during the summer. From 25th July to 30th August, one of the capital's favourite tourist attractions will be open from 9am until 7pm, which is an hour later than usual. The celebrity waxwork museum is due to install a tribute to Michael Jackson this month.

The British Music Experience will take you on a trip through musical history. This celebration of 60 years of British music pays tribute to legendary lyrics, crazy outfits, and artists old and new at London's O2.

If that's not your thing, why not fuel your inner geek at the London Ripley's Believe It Or Not! in Piccadilly Circus. Marvel at the five floors of astounding exhibits, from a four-metre long model of the Tower Bridge made just from matchsticks, an upside-town tea party, and a Mini Cooper encrusted with 1 million Swarovski crystals.

These are just a few of the many activities to get up to this summer, of which tickets are all available now!