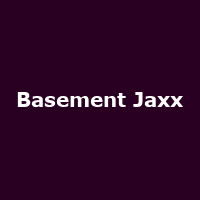 After a summer of festival shows, household names Basement Jaxx have announced that they are to play a December tour with five dates across the UK.

Brixton's finest will kick off the tour in Swindon on December 6th, then move onto Glasgow's Barrowlands on December 12th, Wolverhampton Civic Hall on December 13th, Plymouth Pavilions on December 14th, Bournemouth International Centre on December 16th, and finally a closing night at London's O2 Arena on December 17th.

In the meantime, they will be appearing at The Big Chill Chill Festival, Creamfields and Jersey Live - for all of which tickets are still available. The duo's new album 'Scars' is due for release in October after a long wait; it will be their fifth studio release and is to feature guests such as Yoko Ono, Santigold, Lightspeed Champion and Yo! Majesty.