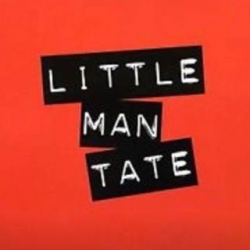 Little Man Tate have today decided to call it a day, with their final show announced for Saturday 3rd October in their hometown of Sheffield.

The guys had this to say:

....and now, the end is near and so we face the final curtain

Hello everyone, hope you're all doing good and enjoying the summer months and your holidays. The land of LMT has been quiet for some time now and I suppose now is as good a time as any to break the sad news that we've decided to call it a day as Little Man Tate and bring to an end what has been an amazing 4 years of tours around the world, singles in the hit parade and some of the best times of our lives.

Without dragging this on too much, it's something that we have sat down and discussed at length for a while now and we have decided that after a good innings, we've achieved what we set out to do and it's time we moved on to other things. We're all still good mates and we'll carry on supporting each other whatever we decide to go on and do from here. What we do know is that you, the fans, made it all possible for us and we'll never forget the loyalty you've showed us over the years and the unbelievably joyous atmospheres you've managed to create from as far away as Tokyo to our beloved streets of Sheffield. We're going to do one last gig in Sheffield in October so we can get the chance to bid farewell to you all and to say ta for all the good times. It's been an amazing journey since the summer of 2005 and one we'll never forget so, signing off for one last time, see you all in a couple of months.

Tickets for their last ever gig at Sheffield's O2 Academy on 3rd October are now on sale, costing £15 + booking fee.