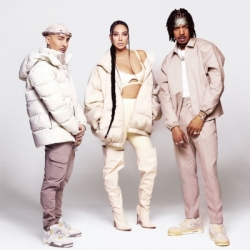 This year's hottest UK act, N-Dubz are following up the success of their sell out Uncle B tour and are hitting up a second set of acts across the country, namely 'The N-Dubz Christmas Party'. The London based hip hop group will play in 10 cities nationwide, including London's O2 Shepherds Bush Empire and Bristol's O2 Academy.

Dappy, Tulisa and Fazer will be performing popular tracks from their original album as well as new material from the highly anticipated next album, set for release early next year. The new album will feature a track entitled 'Who Do You Think You Are', a song tackling the issues of teenage pregnancy, their favourite track on the sophomore album.

If you can't wait that long, the trio have performances throughout the next couple of months, including playing at T4 on the Beach, the Sound Island Music Festival and the Edge Festival in Edinburgh.

Tickets are on sale now costing £20 in all venues except London's O2 Shepherds Bush where they will cost an extra £2.50.