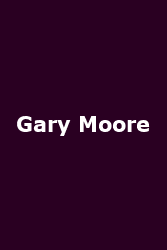 The hard-working, genre-busting guitar legend recently finished touring with Texan blues guitarist Buddy Whittington, which finished on 2nd May at the Hammersmith Apollo in London and included a date at Glasgow's Americana festival 'No Mean City' at the Academy.

He will kick-off the autumn tour in Oxford at the New Theatre on 17th October, with dates in Lincoln, Ipswich, Birmingham, Liverpool, Bournemouth, Cardiff, Edinburgh and Aberdeen, with the tour ending in London at the Shepherds Bush Empire on 1st November.