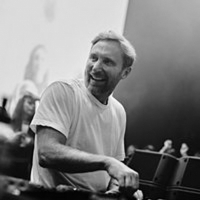 We have two pairs of tickets up for grabs for the most excellent iTunes Festival on 8th July at the Roundhouse in Camden, headlined by Destiny's Child's Kelly Rowland, featuring French DJ David Guetta and UK electro trio Cicada.

Kelly Rowland and David Guetta have previously worked together on the single "When Love Takes Over", which netted the pair a number one in many countries. The single is taken from David Guetta's fourth studio album "One Love", due for release next month.

Electronic trio Cicada released their latest album 'Roulette' last month - an album which received an almost-perfect 4.5/5 from our reviewer Patrick McKiernan - the first single of which "Metropolis" did manage perfection, achieving a 5/5 review, with Patrick declaring "This song is a master class of understatement."

If you haven't yet managed to secure yourself any iTunes Festival tickets - running from today until the end of the month - or even if you have, but fancy seeing Kelly, David and Cicada - then all you need to do is either enter via the medium of Twitter (instructions below), or the more traditional competition entry (see link in the sidebar to the right). You can enter via both means if you like, but it won't increase your chances of winning!

Just copy-and-paste the text below into your Twitter "what are you doing" status box, and click update, et voila!

Deadline for entries is midday on Monday 6th July.