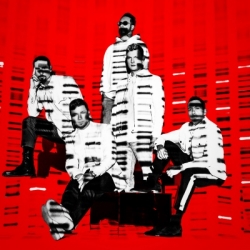 After the almost-chock-a-block 80s revival of late, it seems the 90s are back as well.

Following the successful comeback of our very own Take That (check them out dressed up as clowns in the last issue of Time Out), and the reformation of New Kids on the Block last year, it's the turn of another Stateside boyband, The Backstreet Boys, to 'entertain' us!

The now foursome (after Kevin Richardson opted out in 2006) have announced their UK arena tour for November, which will begin in Newcastle on the 3rd, via Manchester (Nov. 4th), Glasgow (Nov. 7th), Birmingham (Nov. 8th), Liverpool (Nov.9th), and finish in London on the 10th.

The Boys' seventh album in thirteen years, 'This is Us', for which they have called onto the likes of Akon, Ne-Yo, T-Pain and One Republic frontman Ryan Tedder, among others, is also expected around that time (date still to be confirmed).

Tickets for their UK tour, starting at £30, go on sale tomorrow at 9AM.