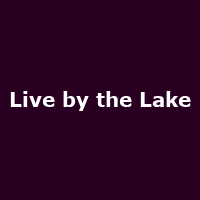 Live by the Lake

If all your favourite festivals have sold out before you could get your hands on a pair of tickets and if you're running out of ideas to entertain yourself this summer, then this year's Kenwood series should do the trick!

For eight consecutive Saturdays, starting from the one coming up (June 27th) until the end of August, The Kenwood House in London will play host to some major music acts from all genres (classical, pop, soul, flamenco, you name it), kicking off with the legendary Ray Davies of The Kinks on June 27th, followed with soul man James Morrison on July 4th, French flamenco collective The Gypsy Kings (remember 'Bamboleo'?) on July 11th , classical tenor Russell Watson aka 'The Voice' on July 18th ,then, with Brit soul veterans Simply Red on August 1st, a one-off performance of the musical 'Dancing in The Streets' (based on Motown classics by Marvin Gaye, The Supremes et al) on August 8th, TV presenter and music fanatic Jools Holland and his Rhythm'n'Blues Orchestra on August 15th and another classic tenor in Alfie Boe on August 22nd.