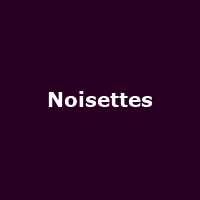 The freshly 'popified' and not-so-noisy anymore Noisettes have announced a UK tour for the autumn.

The Noisettes released their sophomore album, Wild Young Hearts, last April, off which four singles have come out, including the chart-friendly 'Don't Upset the Rhythm (Go Baby Go)', 'Never Forget You' and 'Saturday Night', released on Monday (June 22nd). They have got busy summer schedules with appearances at Glastonbury this Sunday, Wireless, T in the Park and Oxygen, among others.

Tickets for all October dates cost Â£11.50 (+booking fee) except for their London gig, for which they cost Â£14.00 (+booking fee), and go on sale this coming Friday at 9AM.