Two for One for West End's Just The Tonic Comedy Club until 15th August 2009! 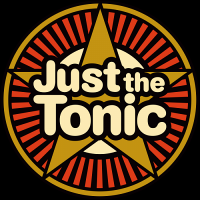 Now over fifteen years old, Nottingham's Just the Tonic Comedy Club part-migrated south last year, establishing a second base in the Capital, which is now Leicester Square Theatre as of this March, whilst retaining a root at The Approach in Nottingham.

In the past few months at this venue, the club has hosted an array of talent, including Sean Lock, Noel Fielding, Tim Vine, Dave Gorman, Josie Long, Phil Kay, Phil Nichol, Lee Mack, Richard Herring - and the next few months are no exception. Well, there is one exception... while still available you may be able to grab two tickets for the price of one!

The offer applies for all Saturday shows at Leicester Square Theatre up to - and including 15th August. Tickets cost Â£12.50, but with this offer, effectively cost you just Â£6.25 each - not bad at all when you consider the following comedians will be appearing on some of those dates (full schedule): Reginald D. Hunter, Kevin Bridges, Russell Kane, Stewart Lee, Earl Okin and Matt Kirshen.