Half price tickets for Blood Brothers until end of June 2009 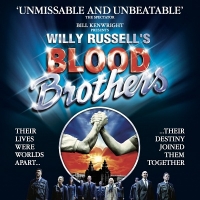 With over 10 million people already having seen the production of Willy Russell's award winning musical 'Blood Brothers', and an offer for half price tickets - are you going to increase that number with a ticket or two?

One of the longest-running musicals ever, the show debuted in 1988 and has been on ever since! The current production features X Factor's Niki Evans as Mrs Johnstone, with twins Ben and Michael Sewell as brothers Mickey and Eddie. July 2009 will be the 21st birthday for the show.

Tickets are available for just £25 + booking for all Monday - Thursday shows up until the end of June 2009.