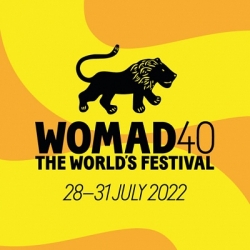 Get your fastest ticket finger at the ready everyone because the Sledgehammering Peter Gabriel has announced he is to play just one gig in Europe this year.

The former Genesis genius has agreed to play the WOMAD festival in Charlton Park, Wiltshire in order to raise awareness (and money) for Witness, an organisation Gabriel himself set up in the early nineties which promotes the use of Video Footage to be used around the world to showcase human rights violations and advance the human rights cause.

Gabriel's appearance (at the festival, not in general) is thanks to WOMAD festival director Chris Smith and Gabriel is delighted to be playing it and hopes to raise in the region of £100,000. Get your tickets bought for the July 25th gig as soon as possible, it's sure to be a big summer hitter.