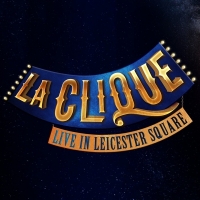 The ever-popular, Olivier award-winning La Clique closes at London's legendary Hippodrome in just two weeks time, with Saturday 27th June being the last performance before the bulldozers com a-rolling in to convert the venue into a casino.

Fusing circus performance, burlesque and cabaret, La Clique has been one of the success stories of recent - riding-out the recession with some aplomb. The show premiered at the Hippodrome in October 2008, with the show being extended in March to run until June.

A few days before the final show, on Thursday 25th June, they will have a special 'Last Hurrah' show, featuring the current cast, some new acts, friendly old faces and a post show party.

These are your last few weeks to see the show at the Hippodrome, with tickets ranging from £29.50 for mid-week performances to £35/ £40 for weekend performances.

Fans will be pleased to hear that this is not the last London has seen of the spectacular show, as a special Christmas season show has just been announced at Camden's Roundhouse, running for eight weeks from 20th November to 17th January 2010.

This is probably the greatest mouth-dropping show I've ever seen. I am bringing everyone in the world to this piece of genius. I believe in God now! - Ruby Wax