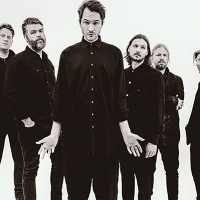 These days, Editors are veterans of the modern indie movement, sometimes unfortunately compared to Interpol rather than in their own unique light.

The band is set to release their third album, 'In This Light And On This Evening', in September, which will be supported by a special one-off preview gig in the Midlands.

The single date on 10th September - at the new Birmingham's O2 Academy - will be an opportunity for fans to hear new tracks, as well as hits from Editors' previous recordings. The gig will be the first live event at the new venue in their hometown, and state that their new material will be taking a more electronic direction.

In the meantime, Editors will be playing at the Hop Farm, Latitude, Southside and Hurricane festivals this summer.

Tickets for the solo September date go on sale on Friday June 5th at 9am.