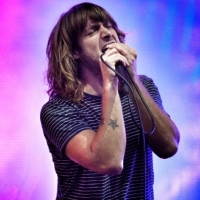 Having not even completed his most recent tour, Paolo Nutini has announced another string of UK dates for the end of the year on the same day that his latest album Sunny Side Up was released.

Singer-songwriter Paolo will play a total of fifteen shows throughout September and October after his festival appearances at Glastonbury, T In The Park, Isle of Wight, V and Oxegen festivals, following his recent Radio One Big Weekend Show and Jools Holland set.

You can catch one of the busiest performers in the music industry as he kicks off in Blackpool's Empress Ballroom complete with springy floor on 27th September. Paolo Nutini will then take in Nottingham, Birmingham, London, Bournemouth, Portsmouth, Manchester, Cardiff, Sheffield, Leeds, two Newcastle dates and Dundee, before closing the tour with two nights' homecoming at Glasgow's Academy.