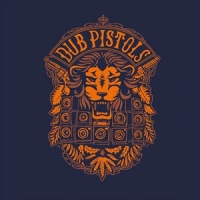 Rob da Bank's Sunday Best (the guys behind Bestival) launch a new monthly residency at Proud in Camden next Weds (10th June), with the opening night set to feature big beat Londoners Dub Pistols and Lucky Elephant, with DJ sets on the night from Rob da Bank, Jaguar Skills and Sombrero Sound System and the Lost and Found crew providing the fun and shenanigans on the night. Tickets are a pocket-friendly Â£3 before 8PM or Â£5 after.

We have two pairs of tickets for this premiere - to enter, all you need is a Twitter account and to post this message in your "What are you doing?" box - no need to subscribe to anything:

Just copy-and-paste the above message (without the quotes) into your Twittery doo-dar, et voila!

The two winners will be notified using the medium of Twitter (of course!), and the closing date for entries is Monday 8th June at 9PM, so watch your twitter accounts!