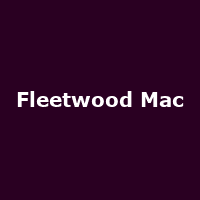 Legendary band Fleetwood Mac are to bring their 'Unleashed' tour to the UK following a successful string of US dates, as was announced yesterday, and promised last year.

A series of five epic shows will mark the band's reunion throughout autumn, marking their first live shows in a decade. Playing their first gig at Glasgow's SECC on October 21st, Fleetwood Mac will then journey on to Manchester's MEN on October 27th, London's Wembley arena on October 30th, and Sheffield Arena on November 2nd. Finally finishing at Birmingham NIA on November 3rd, the band will bring their third-ever tour in their current incarnation to a close.

Fleetwood Mac are one of the most successful bands of all time, boasting sales of over 100 million albums. Last year the band hinted at new material, which would follow 'Say You Will' released back in 2003, but stated they would only go back to the studio after a tour so watch this space.

Tickets go on sale at 9am tomorrow (Thursday 4th June).