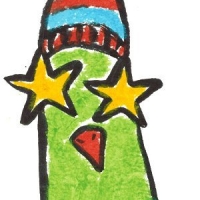 Earlier this week, the Camden Fringe festival announced its full 2009 programme, which coincided with tickets for the event going on sale.

The North London festival, which is now in its fourth year, will run from 3rd-30th August and will include 399 performances of 118 different shows.

Events will take place at the Etcetera, The Camden Head, the Camden People's Theatre and the Roundhouse Studio Theatre - a new addition for this year as the festival continues to grow.

It was started by Zena Barrie and Michelle Flower for 'Its Alright For Some', which produces comedy at the Edinburgh Fringe festival. The pioneering series of shows has been growing steadily since its conception in 2006 - which originally only included 57 acts at one venue. Camden Fringe's aim is to provide a creative environment and exposure for newcomer acts outside of the Edinburgh Fringe as they make headway in the industry. Last year's Camden Fringe saw events such as Fringe: The Musical, and 90s Kid.

The family-orientated festival will include children's theatre and storytelling, as well as writing, stand-up and sketch comedy, and other eclectic shows. The extensive range of acts include comics Robin Ince and Scott Capuro, the returning Four Monks and a Nun, The Intimate Strangers, Dave & Dave, Radio 4's Faultless and Torrance, and poet Jude Simpson to name but a few. Get Over It productions will also be featuring at the Camden Fringe with their glam-rock production of Macbeth as part of a range of unusual takes on Shakespeare shows and modern versions of classic plays.

Other innovative showcase events include a stage production of Sinbad, OAP rappers, a medium, a mind-reader, a dance interpretation of Two Noble Kinsmen and a pub quiz/comedy night. Events will take place throughout the day and night.