Reverend and the Makers set for October/November 2009 UK tour 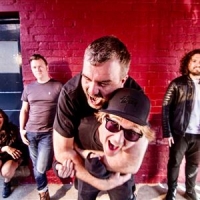 The Sheffieldian (don't frown!) indie outfit, led by fickle frontman Jon McClure ("quits or no quits, he decides...") have announced a tour in October ( thus adding to the already chock-a-block October diary- Bloc Party, Franz Ferdinand, Dizzee Rascwaaal...) and November. The Rev and Makers' tour will kick off in Nottingham on October 22nd via the cities of Lincoln (October 23rd), Leeds (October 26th) Manchester (October 29th) , Newcastle (October 31st), Bristol (November 3rd), among others, and end in London on November 5th.

Before that , they'll be supporting Oasis on their UK and Ireland Stadium tour, including three consecutive dates at Wembley Stadium (July 9th, 11th and 12th), as well as playing a few gigs of their own in Birmingham, Manchester, Glasgow and Sheffield, from July 14th to 18th.