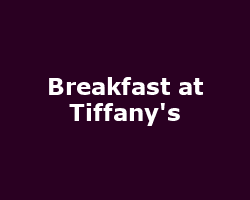 Truman Capote's classic 'Breakfast at Tiffany's' is set for the West End stage this autumn, playing at the Theatre Royal, Haymarket from 9th September.

Currently set to run for five months, the Haymarket production has been adapted by UK-based Australian playwright and screenwriter Samuel Adamson. Adamson has many West End productions under his belt, including 2007's 'All About My Mother' at the Old Vic - his stage adaptation of Pedro AlmodÃ³var's 'Todo sobre mi madre' and, more recently 'Little Eyolf' which opened at the Royal National Theatre in January this year.

The production will see Anna Friel is the lead role as Holly Golightly' (famously played by Audrey Hepburn in the 1961 film) - the good-time girl from Manhattan, with American actor Joseph Cross (Running with Scissors, Milk, Flags of our Fathers) playing William 'Fred' Parsons.