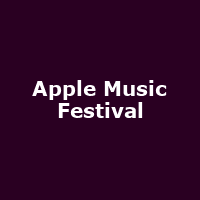 You have to take your hat off to those Apple iTunes boys: when it comes to putting on a free show, no one does a better job than them. Take the last two years iTunes festivals as a blueprint, the current recession, a great venue and the month of July, and what do you get?

Well, unlike most others in these fiscally challenging times, iTunes have stepped-up to the plate, and hit a big time home run, scoring perhaps the best smaller venue in London: the Roundhouse in Camden, and booking it for the whole of July - yes, that's 31 dates.

And they have booked it with some style and panache, signing-up Oasis, Snow Patrol, Kasabian, The Saturdays, Flo Rida and Paolo Nutini so far as headline acts on six of the dates, with many more acts to be announced - fifty six to be precise - as there are sixty two acts in total to be announced (presumably two acts per night).

For a chance of winning tickets, Facebook users can pop along to www.facebook.com/ituneseu/ to apply or, non-Facebook users need to apply here: www.ituneslive.co.uk/lineup.php - but note that the lion's share of tickets are going to the Facebook posse!