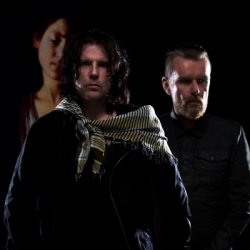 Two years after their second reunion, the appropriately named Goth-rock quintet The Cult will return with a mini-UK 'Love Live' tour in the autumn, which will kick off on October 6th at Leeds O2 Academy, via the Edinburgh Picture House on October 7th, Wolverhampton Civic Hall on October 8th and the Royal Albert Hall in London on October 10th. The shows will see them performing their popular 1985 album 'Love' in its entirety.

The 'Love Live' tour will hit the US first, in September, before they put the finishing touches on their ninth album, still untitled but expected at the end of the summer, and which will succeed their 2007 'Born Into This' offering.

Tickets for the Edinburgh and Wolverhampton shows are currently on sale, respectively costing £33.75 and £30.50 including booking fee, while tickets for the Leeds and London dates will go on sale tomorrow morning at 9.00AM at the £27.5o (+ booking fee).