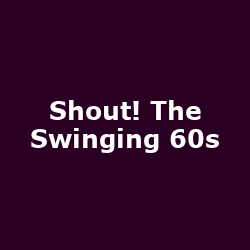 Wow, this is the third such article I've written this week... what happened to the "green shoots of recovery", eh Gordon?

Anyway, 60s musical "Shout!", starring Hi-de-Hi's Su Pollard is set to close a month early at the end of this month. The show, featuring the fashion and hits of the sixties debuted in the UK in 2001, with the current run starting back in 2008 in Liverpool, moving to the Arts Theatre in the West End this April. Originally scheduled to run until the end of June, the last performance will now be on Sunday 31st May.