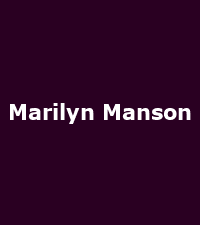 American alternative metaller Marilyn Manson is set for an in-store appearance at HMV in Oxford street next Thursday.

The controversial singer and musician is over in the UK promoting seventh studio album 'The High End of Low' out on Monday 25th May, where he'll be signing copies from 6PM, along with bass player Twiggy Ramirez.

Entry will be via wristband, which will be limited to 300 and will be available in-store from 9AM on the Thursday - given out individually and on a first-come, first-served basis.