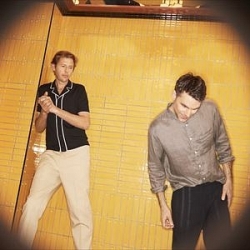 Joining the already incredible line up of artists announced for this years' Ibiza Rocks are The Ting Tings, Groove Armada, Friendly Fires, Soulwax, Frankmusik, Kissy Sell Out, Burn the Negative, South Central and Zane Lowe. All will take to the open air stage in the very centre of the Ibiza Rocks Hotel during Ibiza Rocks' 5th summer season of live shows, every Tuesday from 16 June to 8 September.

The Ting Tings have already rocked the foundations of pop and now they will rock the foundations of the Ibiza Rocks Hotel as they kick off a sensational summer of sizzling hot gigs on 16 June. Supporting Ting Tings and bringing his synths and beats to the Balearics will be Frankmusik plus Radio 1 DJ and champion of the best new bands, Zane Lowe.

Hailing from St. Albans, Herefordshire, Friendly Fires have made a massive splash on the music scene with their special blend of dance come indie come post-punk pop! The critically acclaimed band will take to the Ibiza Rocks stage on 23 June for a special gig and a sneak preview of what to expect when they support Blur later this summer

On 21 July, Groove Armada will bring their incredible big beats back to Ibiza. Dynamic duo and master remixers Andy Cato and Tom Findlay are no strangers to Ibiza but this special live set at the Ibiza Rocks Hotel is certain to be an unforgettable first!

Another first comes from South Central who will be tearing up the dance floor with their electro-punk tunes, supporting Pendulum on the 28 July.

Boasting its strongest and most diverse line up to date, The Kooks, Klaxons, The Enemy, Vampire Weekend, MGMT, Dizzee Rascal and Pendulum also feature on this summer's hottest line up.