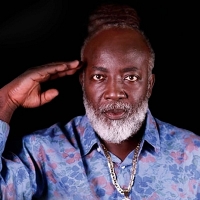 Headlining this year's festival will be Roots Legend Freddie McGregor (21st June) and Ska King Derrick Morgan in a superb double bill with Ska legend Owen Gray (20th June). For this year's festival the organisers are taking over the whole of the Cluny building with the main venue and Cluny 2 being called into action.

Freddie ranks alongside Bob Marley as one of the biggest reggae singers Jamaica has ever produced. Famous for his smash number One hit, "I Just Don't Want To Be Lonely" he is loved by pop fans and reggae enthusiasts alike. A graduate of the famous Studio One, Freddie entered the reggae world at the age of seven singing vocals with ska duo, The Claredonians. He went on the develop a reputation as one of the most vocally gifted singers in reggae, able to turn his hand to lovers or roots material with equal potency as demonstrated on massive hits like, "Big Ship" and "Jogging".

The King of Ska, Derrick Morgan's career dates back to the birth of the Jamaican record industry. He is famous for his Jamaican Independence anthem, "Forward March" and recorded extensively for Prince Buster. He later fell out with the great Prince and recorded, "Blazing Fire" which was featured on the Soundtrack to The Who film, Quadraphenia. A hero of the fledging skinhead movement he recorded the original "Moonhop" later covered by the Specials and adapted by Symarip as the Skinhead Moonstomp. A must for all fans of Ska music.

This year's festival will also feature for the first time outside Jamaica, "The Reggae Film Festival" which will see some of the greatest reggae films ever made screened at the Tyneside Cinema. Highlights include "Heartland Reggae" which documented Bob Marley's One Love concert and "Rico, the Legacy" which captures the trombone players life, tracking his time with The Specials and Bob Marley.

Other festival highlights include Ska'd for Life DJs and great bands, Diddley Squat and the Emporers Dentist plus as ever a tremendous After-show party at World Headquarters.