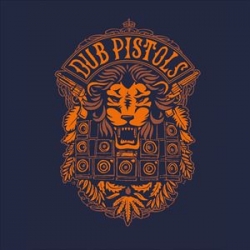 "What first grabbed my attention about the Dub Pistols was hearing their version of 'Gangsters' as it brought back memories of when we first recorded it. I'll never forget performing it live with them at Bestival 2007. The big top was packed and the atmosphere was electric. At their live shows Jason O'Bryan & Barry Ashworth have boundless energy, they always get the crowd rocking and this new album will deliver as they always do. Big thanks to Terry Hall for introducing me to The Dub Pistols." - Lynval Golding (The Specials)

Dub Pistols are primed to release the best and fourth album of their career - the infectiously brilliant 'Rum & Coke' out on Rob da Bank's Sunday Best label 22nd June 2009.

Barry Ashworth and Jason O'Bryan have been crafting and refining their forthcoming album for over a year now, ensuring that creatively this album stands head and shoulders above everything they've already achieved. Assisting the boys on new material are a collection of champion collaborators: Ashley Slater (Freakpower) on 1st single 'Back To Daylight', Lindy Layton (Beats International) on 'I'm In Love', Gregory Isaacs on 'Six Months', superstar DJ Justin Robertson on 'Keep The Fire Burning' and regular D.P. cohorts Rodney P and TK Lawrence.

But further to forging their own authentic sound as a band, Dub Pistols have continued to produce some of the most cutting edge dance remixes for others in the pop world, including Ian Brown, U2 and Sly & Robbie. The recently unleashed D.P.'s remix of Lily Allen's blockbuster single 'The Fear', is currently causing a stir on Annie Nightingale's BBC Radio 1 show, and the Dub Pistols are set to supply forthcoming remixes for Hockey, VV Brown & Mika.

Dub Pistols are now well placed for a new release. With 2008 seeing their 'Speakers & Tweeters' album roll out through Europe, the States and beyond - picking up followers where they roamed - the band's Myspace site scaled the Myspace charts, at one point ranking in as number #1 UK Independent Ska act, #1 UK Independent Breakbeat act and #5 UK Independent Hip Hop act. Continuing their reputation as a formidable live outfit, the band ran the gamut of live Festivals throughout Europe, fulfilling their well-earned role as festival highlights...

Pistols at the ready...