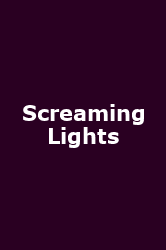 Liverpool's Screaming Lights have announced a series of dates supporting Nine Black Alps during May. The full list of dates are below.

The band recently completed their debut album with Dan Grech. The album, due for release in the late summer, follows in the tradition of great Liverpudlian acts of old; vintage Scouse psych with shades of The Teardrops, The Yachts, The Pale Fountains and even a touch of The Chameleons from down the M62, the album shares a restless sense of psychedelic adventure, out-of-step bloody mindedness and a classic-songwriting nouse that has long seen Liverpool bands marked out as truly unique innovators.