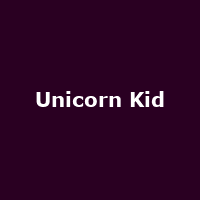 Unicorn Kid was recently asked by the legendary Pet Shop Boys to remix their new single "Did you see me coming?" The band absolutely loved the remix which will feature as a B side on their 12" vinyl as well as part of their digital bundle. The single will be released on June 1st and is available through all good download sites and record stores.

The formats are as follows:

Pet Shop Boys first heard of Unicorn Kid through Peter Robinson of Popjustice and then they invited 17 year old Scottish lad Unicorn Kid aka Oli Sabin to remix the next single off their new album 'Yes,' which has been a top 5 hit across Europe, and has been released in the USA last week.

Unicorn Kid Oli Sabin a.k.a. Unicorn Kid has been getting plenty of attention from various corners of the media and club goers everywhere. At only 17, he's already released his debut single, been played on Radio 1, Featured in NME, had a daily download on NME.com, play the Official Skins Launch Party, played 2 sold out London shows, played a sold out showcase at In The City and recorded a BBC session. His debut single features 3 tracks, A-Side 'Lion Hat' is a disco bag of goodness that has knocked the winter blues into 2010. It also comes with 2 b-sides in the form of 'Goodbye' and '8 Bytes'. Not only are the 3 tracks recorded and produced solely by Unicorn Kid he also does all the artwork himself.

This Edinburgh-based teenager has everything going for him despite his young age and the fact that he has to split his time between school and music. Unicorn Kid originally starting producing music as a hobby at 15 by layering different melodies on his Casiotone. He went on to play about with professional sequencing software on his laptop, integrating various circuit bent instruments and toys into his music. His first gig

was in January 2008 in front of a small group of friends in a tiny city center bar in Edinburgh. He now has a solid fanbase all over the World including dedicated music lovers in America, Germany, Japan and Canada.

Unicorn Kid admits that he owes his rapid rise in popularity to the promotional power of myspace receiving regular hits from kids all over the globe.

In June Unicorn Kid is taking on his first UK headline tour to promote his 2nd single due out on 13th July - dates below.